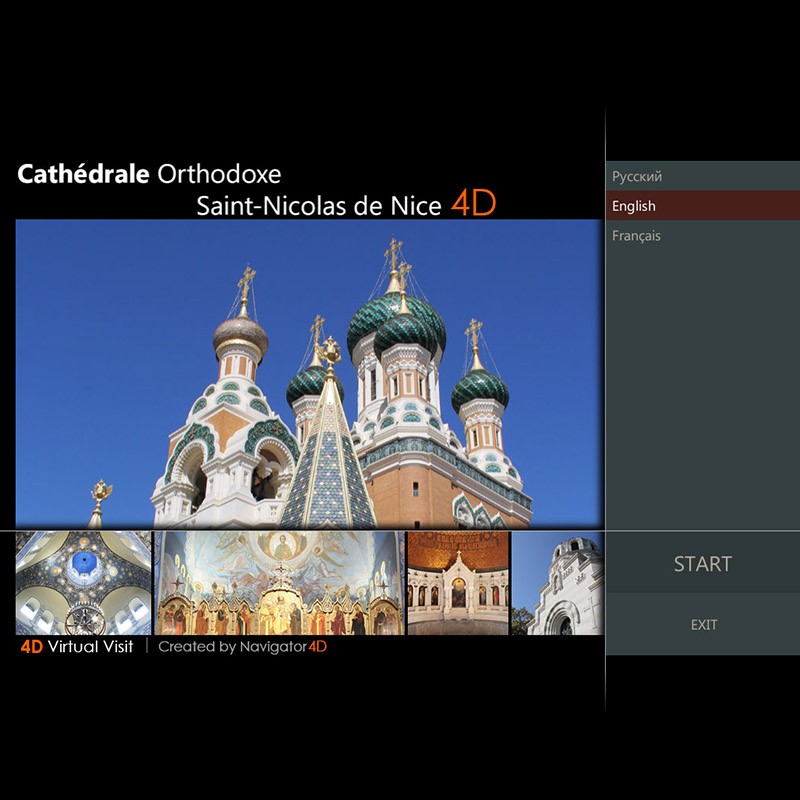 This project is delivering this unique architectural object to You in new innovative virtual 4D format with detailed explanations of the history of Cathedrale and each object and icon in several languages.

Construction of the Cathedral of St. Nicholas, which was consecrated in 1912, began in 1903. This beautiful and important building is unique in that it is the first Russian church outside of Russia to have received the title of Cathedral before the revolution of 1917. The construction of this Cathedral received the financial and moral support of His Imperial Majesty Nicolas II, whose mother, the Dowager Empress Maria Fedorovna, was especially eager to have a church built in memory of her first fiance, the young tsarevich Nicolas Alexandrovich, who died in Nice in 1865, in the villa which had stood in the park where the cathedral stands today.